Valerie Bertinelli Gaining Weight Back on "Hot in Cleveland" 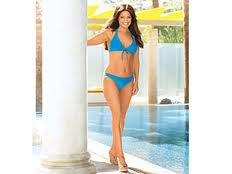 But the not so sweet elephant in the room is that Bertinelli's putting weight back on. Of course it could possibly be an optical illusion on-camera with such slim women as Malick and Leeves... And sure, who expected Bertinelli to stay bikini-slim as she was on countless magazine covers promoting her bestsellers and exercise DVDs, as well as Jenny Craig, of course.

But the inches are creeping back on while the wardrobe guru works double-time...layering here, masking there...

Everyone loves Valerie Bertinelli. (Just ask poor n'er do well Mackenzie Phillips.) Bertinelli's transgressions never seemed to tarnish her reputation, and perhaps were lesser than her headline-generating 80s, "One Day at a Time" co-star.

But we've seen this Valerie Bertinelli weight-loss weight-gain yo-yo for decades. It's depressing. Anyone old enough to recall the flurry of interviews for one of her countless tv mini-series "I Was a Mail Order Bride"? Bertinelli recounted all her weight-loss tips and strategies to maintain a healthy weight. There she was in a revealing swimsuit and slimmer than ever. But those were the days well before her self-proclaimed obsession with jalepeno poppers.

And maybe that was too thin for her anyway. Just like maybe the latest bikini body was too hard to maintain. And that's really okay. Clearly, she's a healthy 50-yr-old. She just knocked out a marathon..! And we all would agree she looks "hot," and not just in Cleveland. But, Valerie, we're begging you to stop now. Plateau where you are, and you're good. We can't take another round of paparazzi body bashing photos of you on the beach, just to have you sell us more diet plans later a la Kirstie Alley.

And one thing that is unforgivable and no one dares mention: Bertinelli herself admits to using her son, Wolfgang, as an accessory to her junk food binges, particularly at the notorious In-N-Out Burger. Indoctrinating the teen bass guitarist of rock band Van Halen to America's junk food lifestyle, has done him no favors and likely has set him up for a lifetime of weight struggles, just like his famous mother.
Posted by MeMe Roth at 12:59 PM 4 comments: 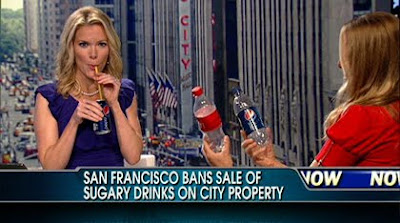